New Year, New You: How to make New Year’s resolutions that work 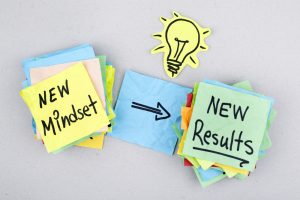 So, we’re a few days into the New Year. How many resolutions did you make? And how many have you stuck to?

We all make resolutions and most of us break them within a few days. I used to do it every year. I would decide, say, that I wouldn’t drink for the whole of January but the first time I was offered a G&T, I would take it without even thinking. Why is that? I got so fed up with being in that situation that I looked into why it all goes wrong and in this post, I’ll give you some ideas about what you can do to make it more likely you’ll stick to your resolutions and achieve your goals. This doesn’t just apply to New Year’s resolutions by the way, it is also a great framework to use in any planning or goalsetting exercise.

First let’s look at the process. How many people really think about what their resolutions will be? Most of us make them at 12.05, once we’ve sung Auld Lang Syne, been grabbed and snogged by people we would rather not have been grabbed and snogged by, and are, ahem, well refreshed. We don’t really think about it, it’s an off the top of the head answer, a vague ‘must do better’. The fact it’s off the top of our heads indicates it’s something that does matter to us but because we haven’t really thought about we haven’t fully bought into it, we’re not committed. And that’s the first mistake.

We all want to be better, so must of our resolutions are around improvement in one way or another – lose weight, stop smoking, don’t drink so much and so on. Our second mistake is that many resolutions are very negative: stop, don’t, lose. And that puts us in the wrong frame of mind before we even start. I know we’re not naughty children any more but what’s a common reaction when someone tells us not to do something? Yes, it’s hostility, anger and, more often than not, increased desire to go off and do it.

So, a couple of years ago, I did 2 things. I really thought about what my resolutions should be, calmly, rationally and in advance and then I flipped them. At that time my main resolution was to have more self discipline, the specifics of which were: get up at 7 and start work promptly by 9. Eat those frogs first thing, get them out of the way. Set aside an hour a day to read and study between 5 and 6pm. So, I used words that framed everything I wanted to do in a positive way: have, do, start, read, eat;

The next step was to write them down. There’s lots of evidence that people with written goals have more success than those without. The famous Harvard study may well be an urban myth, and the statement that 3% of the population have written goals but they earn more than the other 97% put together may well be apocryphal but other studies have been carried out that bear out the general theory. In 2006 USA Today surveyed a number of people who had made New Year’s resolutions and found that of those who had not written down the resolution, just 4% had followed them through. Of those who had written them down, 44% had followed them through: a much better success rate.

Why does writing things down increase the probability of success? Because writing a is a psycho neuro motor activity – as you’re writing you’re being forced to think and to concentrate on what’s important to you. And when you write down a goal you’re impressing it into your subconscious, which then gets to work on it without you even realizing it. It also implies a level of commitment and buy-in that isn’t always there when things are just spoken, there is often so much more power in the written word.

So how should you capture your goals?

I recently came across MMM as an alternative to SMART goals, and I really like it: goals should be measurable, manageable and motivational.

So, if your goal is to slim:

Measurable: How many pounds will I shed, and by when? This is an objective check and deadline.

Manageable: It has to be realistic but challenging – you won’t lose 10 stone in 2 months, but you can lose 1 and keep the weight off.

Motivational: The goals need to excite you, motivate you so that you want to achieve them. I want to be a size 12 by Easter so that I can buy and look good in that lovely dress I saw / feel great / improve my health.

Goals, and resolutions, should be:

When you’ve settled on your resolutions or goals, it can be a good idea to write yourself a letter and give it to a trusted friend to post to you in 3 months’ time. In the letter state your goals, congratulate yourself on achieving them, and say what your reward would be. You’ll probably forget about it, but in 3 months’ time you’ll be surprised when a letter in your own handwriting lands on the doormat and be stunned to see that you have achieved all of the goals you set down.

And remember that this can be applied at any stage in the year – we don’t just set goals and targets on 1 January, there are other natural break points and times for reviewing progress during the year and we should be frequently assessing and adjusting where we are and where we’re going.

Why not give it a try?

Alchemy A-Z of being in business: M is for management

A lot of people make a distinction between leadership and management. You’ll often hear that leadership is about setting the vision, the big picture stuff, inspiring and motivating people while management is about getting things done. I am not so sure that you can separate them so cleanly. Leadership isn’t always glamorous, management isn’t always drudgery. In fact the best managers are able to get things done by inspiring and motivating people; the best leaders of course deliver on what they have promised.

For me the distinction lies in the focus, leaders are looking further ahead; managers are closer to the action and make sure that things get done on time. If a leader is thinking strategically, managers tend to think operationally: how will we actually execute those grand plans?

I have read hundreds of management books and very few deal with getting things done well, on time and on budget so here are my 6 top tips for being a good manager.

Managing people and getting things done can be tricky, especially if you’re new to it or have never been managed well yourself.  It can be hepful to get a third-party view so why not try one of our free coaching sessions? Just  click on the link below and we’ll be in touch.